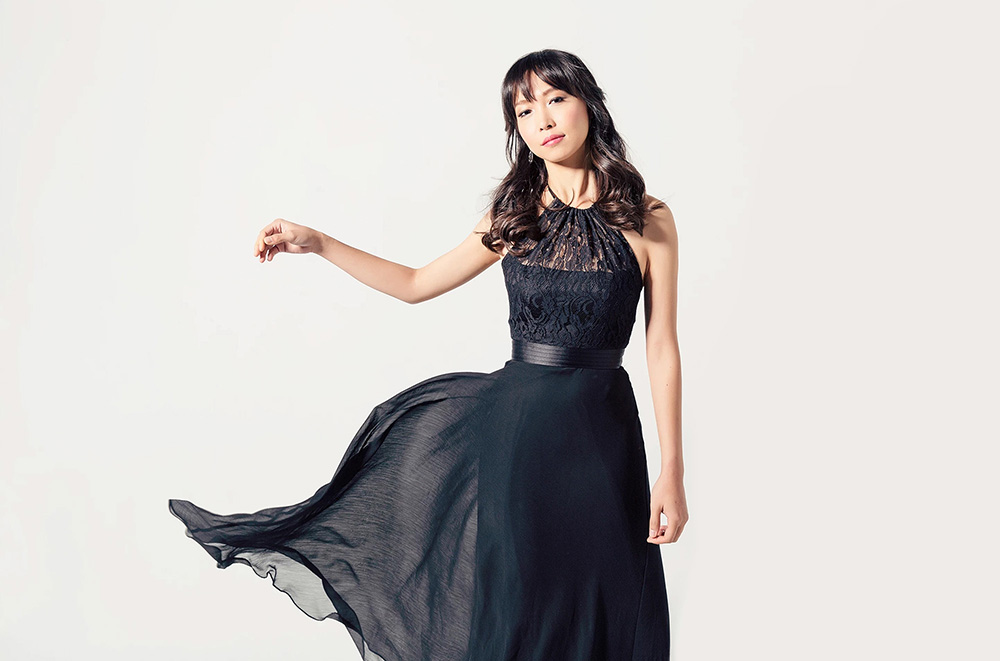 Lauded as an “excellent pianist” (Daily Gazette) and “amazing … young talent” (Silicon Valley Insider), pianist Ellen Hwangbo is known for her “harmony, energy and elegance” and her ability to deliver “truly potent and dramatic” experiences (Rutland Herald) that leave her audiences “wanting to hear more” (Times Union). A top-prize winner of the Music Teachers National Association’s National Young Artist Competition in 2006, she has performed to great acclaim across Asia, Europe, and North America. She has recently performed in Carnegie Hall, Lincoln Center, and Merkin Hall, and appeared as a soloist with the Timisoara Philharmonic in Romania.

As a spirited chamber musician, Ellen has devoted a substantial portion of her career to the collaborative sphere. She is renowned for her “wonderful interplay” with colleagues (Rye News), and broad range of expression from “moody sobriety” (Boston Musical Intelligencer) to “bold exuberance,” leading the gallery on “a joyous romp” (Daily Gazette). She is a member of the award-winning Saguaro Piano Trio based in Los Angeles, and has performed with world-renowned musicians such as Anthony Marwood, Richard Lester, Soovin Kim, Tessa Lark, Colin Carr, William Sharp, Eduardo Leandro, and Aaron Berofsky, among others. Ellen’s performances have been broadcast on several radio stations including VPR Classical and WRCJ Detroit. She has appeared at the Music@Menlo, Yellow Barn, Lake Champlain, Peasmarsh, Chautauqua, Sarasota, and Aspen music festivals, as well as Pianofest and the Banff Centre.

Ellen began her piano studies with Peter Cooper and continued with Logan Skelton at the University of Michigan, graduating summa cum laude. She received her Master of Music and Doctor of Musical Arts degrees from SUNY Stony Brook, where she studied under luminary pedagogue Gilbert Kalish. During her academic career at U-M and Stony Brook, Ellen focused intently on the life and music of Béla Bartók, authoring several research papers on Bartók’s Mikrokosmos, Kossuth, and other works, analyzing the impact of biographic and geopolitical events on his musical style. Her doctoral lecture-recital examined “Themes of Unity” in Bartók’s Dance Suite, comparing structural and thematic elements from the Suite to selections from Bartók’s collections of Hungarian folk music. This fascination culminated in the opportunity to perform two recitals of his works at the Bartók Museum in Sânnicolau Mare, Romania, Bartók’s birthplace.

In addition to her performing and academic careers, Ellen has extensive experience as an arts administrator and teacher. As founder and Artistic Director of Constellations Chamber Concerts, Ellen organizes an annual series of intimate chamber music performances in downtown Washington, D.C. She has also serves as Admissions Coordinator for the Yellow Barn Festival, and served as Executive Coordinator, Piano Program Coordinator, and Webmaster for the Amalfi Coast Music & Arts Festival in Italy from 2013 to 2014, and managed the Stony Brook Piano Project concert series from 2010 to 2012. She has given recent masterclasses at the University of Michigan, Davidson College, Covenant College, Washington & Lee University, the Lake Champlain Chamber Music Festival, and the Amalfi Coast Music & Arts Festival. Ellen currently teaches privately and at the Levine School of Music in Washington, D.C.