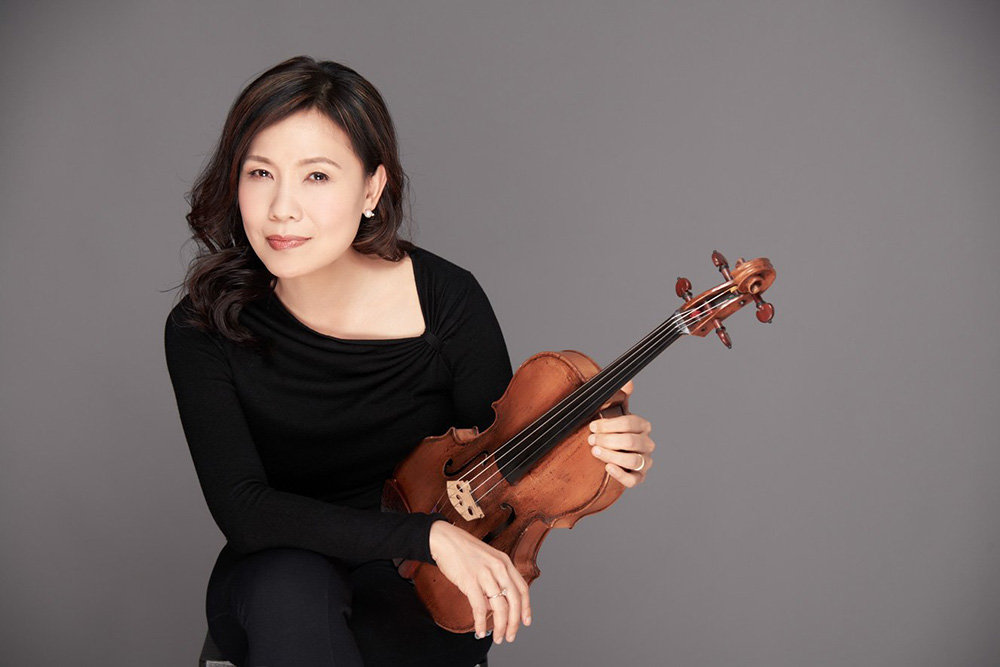 Hsin-Yun Huang has forged a career as one of the leading violists of her generation, performing on international concert stages, commissioning and recording new works, and nurturing young musicians. Ms. Huang has been soloist with the Berlin Radio Orchestra, the Tokyo Philharmonic, the Bogotá Philharmonic, the NCPA Orchestra in Beijing, Zagreb Soloists, International Contemporary Ensemble, the London Sinfonia, and the Brazil Youth Orchestra, and has performed the complete Hindemith viola concertos with the Taipei City Symphony. She is a regular presence at festivals including Marlboro, Santa Fe, Rome, Spoleto USA, Moritzburg, Music@Menlo, and the Seoul Spring Festival, among many others. She tours extensively with the Brentano String Quartet, most notably including performances of the complete Mozart string quintets at Carnegie Hall.

Recent highlights include concerto performances under the batons of David Robertson, Osmo Vänskä, Xian Zhang, and Max Valdés in Beijing, Taipei, and Bogota, and appearances at Carnegie Hall and Lincoln Center. She is also the first solo violist to be presented in the National Performance Center of the Arts in Beijing. She is a regular guest of the Chamber Music Society of Lincoln Center, the Philadelphia Chamber Music Society, the 92nd Street Y and the Seoul Spring Festival. The 2014-2015 season featured a series of three chamber concerts curated by Ms. Huang and presented by the 92nd Street Y.

Ms. Huang has in recent years embarked on a series of major commissioning projects for solo viola and chamber ensemble. To date, these works include compositions from Shih-Hui Chen (Shu Shon Key, which Ms. Chen also arranged for orchestra) and Steven Mackey (Groundswell), which premiered at the Aspen Festival. Ms. Huang’s 2012 recording, titled “Viola Viola,” for Bridge Records, included those works along with compositions by Elliott Carter, Poul Ruders, and George Benjamin; the CD has won accolades from Gramophone and BBC Music Magazine. Her most recent release is the complete Unaccompanied Sonatas and Partitas of J.S. Bach, in partnership with violist Misha Amory.

A native of Taiwan and an alumna of Young Concert Artists, Ms. Huang received degrees from The Juilliard School and The Curtis Institute of Music. She has given master classes at the Guildhall School in London, the Royal Conservatory of Music in Toronto, the San Francisco Conservatory, Yong Sie Tow Conservatory in Singapore, and the McDuffie Center for Strings at Mercer University. She served on the jury of the 2011 Banff International String Quartet Competition.

Ms. Huang first came to international attention as the gold medalist and the youngest competitor in the 1988 Lionel Tertis International Viola Competition. In 1993 she was the top prize winner in the ARD International Competition in Munich, and was awarded the highly prestigious Bunkamura Orchard Hall Award. Ms. Huang was a member of the Borromeo String Quartet from 1994 to 2000.

She is currently on the Viola Faculty at the Juilliard School and the Curtis Institute of Music and most grateful for her teachers David Takeno, Peter Norris, Michael Tree and Samuel Rhodes. She is married to Misha Amory, violist of the Brentano String Quartet. They live in New York City and have two children Lucas and Leah. She plays on a 1735 Testore Viola.